Impressive, but are they really worth the money?

Out-Of-Home profit returns are notoriously difficult to track, but famously very effective. It isn’t easy to work out exactly how much of an investment it would be to advertise of mobile billboard advertising ROI, and the hard facts are: you probably won’t know (at least not in a numerically amount). However, there are alternate means in which you can generate the overall productivity of your mobile billboard campaign that doesn’t only revolve around profit margins, and today we want to go into this in more detail.

How Much ROI Should You Expect?

The hard facts of the situation are that it is near impossible to quantify what your return on investment of your billboard advertising will be – but it is an essential part of your marketing strategy. Because of this, it may feel like you’re pouring money into an area that you won’t necessarily be able to see any evidence of, but it is a pivotal aspect of what will bring in your money.

This is the golden formula to keep in mind here. ‘Impressions’ relate to the number of times your mobile billboard advertising spectacles have been viewed, whereas ‘Traffic’ is the overall number of people who have passed by the location(s) where your billboard is situated.

Traffic, of course, is far less important than Impressions, as Traffic does not take into account the number of people walking past your billboard who not have any interest in the product at all (rather like how a bold man would have no interest in visiting a barbers shop). Yet, the industry has sparse resources for those looking to track the metrics of the Impressions that customers leave on their billboards that show a correlation between sales and revenue. This is because, as stated in the section above, it’s just too difficult to track.

It’s All About Name Recognition

If you own a plumbing company, for example, and you started an OOT campaign in your local area that was greeted with incredible success. Your number of customers have sky-rocketed, your sales metrics have doubled (or even tripled) and all of this has happening since the beginning of your mobile billboard campaign. The only trouble from your marketing point of view is this: No one is telling you that they saw your billboards.

Well, that’s not what people do when they contact a plumber. I want you to fix my sink, I don’t want to tell you how I found out about you. But when I do need a plumbing job completed in my house, I will simply think of the first plumbing firm that I can recall – and if your companies billboards have been plastered all over town, then I’m going to be calling you.

This is called TOMA (Top of Mind Awareness) and it refers to a brand or specific product being first in customers’ minds when thinking of an industry or category. The consumer see’s your advertising billboards – be they mobile or otherwise – all over town and, when they are in need of the good or service you provide, they subconsciously think of you before anyone else, and this is what will make your billboard advertising ROI grow vastly and will make your mobile advertising campaign a resounding success. 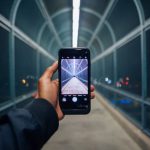 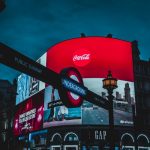