In November, 2014, Google rented the largest digital billboard to date in Times Square. Mounted on the side of the Marriott Marquis hotel, it stood at eight stories high, was as long as a football field and cost the company more than $2.5 million to rent for four weeks.

The ever-changing series of graphics that Google relayed on their billboard rotated between various products like Google Maps, Android, Chrome and Nexus, in addition to nonprofits such as Charity Water and Khan Academy.

One of the ads asked passersby to “Androidify” themselves by creating their own Android Robot with an Android tablet supplied by Google. Then, Google featured the best ones on the massive billboard for all to see. They also  offered an Android game on the screen for users to play, making it more of an experience than an advertisement.

Breaking through the Noise

In the bustle of advertisements on Times Square, Google managed to stand out with outdoor billboard advertising by creating an interactive experience. It may seem impossible to stand out in such a saturated space- but Google had people turning their heads and stopping just to see the ad.

An estimated 300,000 pedestrians walk through the “bow tie” of Times Square daily. And rather than swiftly walking past the advertisement commotion as they usually do, people stopped to stare at this amazing 25,000 square foot billboard.

Think Outside the Box with Interactive Billboard Advertising

It is expected that outdoor advertising in 2015 will increase to $7.2 billion- 3.6% more than the previous year, according to e-marketer. Billboards are one of the oldest forms of advertising, but digital billboards have the advantage of reaching a ton of people at one time.

According to Digital Signage Today, it seems as though Google is heading in the right direction. Much like the Times Square billboard, they stated that the future of digital billboards rests in the hands of the word “interactive.” The faster the consumer can get what they want, the better. Digital billboards make this possible.

Nomadic Genius offers company’s in Nashville, TN the ability to create unforgettable advertising experiences. Learn how you can use interactive billboard advertisements to reach your target buyers by contacting us today at (615) 336-6678. 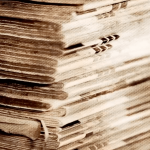